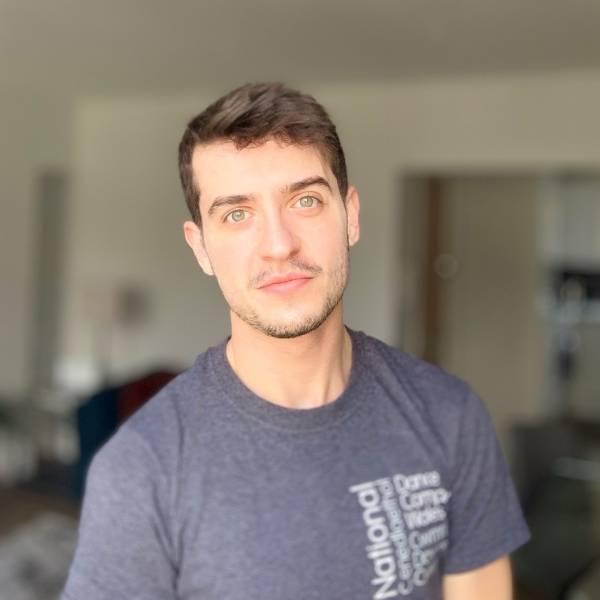 Jack trained at Trinity Laban Conservatoire of Music and Dance and works as a freelance dance artist, choreographer and teacher. He has performed work by choreographers including Matthias Sperling, Anna Williams and Wayne McGregor as well as shadowed different artists and companies, both nationally and internationally, including Henri Oguike, Scottish Dance Theatre, Rafael Bonachela and Sydney Dance Company. Jack teaches class at Rubicon Dance and has also lead workshops for students at Trinity Laban, Kingston University and English National Ballet Youth Co, as well as other youth projects across the UK. Jack has previously been supported by both Arts Council England and Arts Council of Wales for two new works created with his collective, founded in 2014. He has gone on to share choreography at national venues around the UK with a recent commission being made for Monmouthshire Youth Dance Company.